We’ve spent a year living on a boat. Admittedly, we haven’t crossed the Equator, visited exotic South Sea atolls, nor braved fierce nor’easters off the rocks of Newfoundland. There have been no cold, lonely nights standing watch under a sky full of stars. We did once, though, pull a cork from a bottle of Bordeaux that had definitely turned. And a Camembert, once, was eaten at least a week early. So, while it hasn’t been Two Years Before the Mast, it hasn’t been all that bucolic.

Confession. Yes it has.

This whole barging through France business was the result of a marital compromise. Harvey dreamed of sailing around the world.

Harvey’s dream of sailing to the South Seas.

Sandra dreamed of that, too. Harvey’s dreams were happy ones.Sandra’s were nightmares.

Sandra’s nightmare about sailing around the world.

Sandra longed for a pleasant little flat in London, the sort of place Mary Poppins might retire to.

The barge enterprise was the compromise, hopefully boatie enough for Harvey, sane enough for Sandra.

It worked out that way. The secret to having Sandra enjoy living on a boat, it turned out, was to float the boat in shallow waters deep in France. And for Harvey, the trick was to get a boat that was historic enough – a 1926 former commercial working boat – and tricky enough to handle, being essentially a 70-foot-long flat-bottomed container with the momentum of a freight train and the steering ability of a shoe box, that it required the acquisition of a new set of nautical skills.

Still, living on a barge for a year has had little resemblance to lifetimes in houses. Its changed us. And entertained us. And, this winter, kept us fairly well refrigerated at times, baked at other times, and rarely bored. Most of all, its focused our thoughts on things maritime. Here is an example.

Paint. We’re used to wood boats, a procession of sailboats we’ve owned have been old – although adolescents (or infants) compared with Hoop Doet Leven – and classic and beautiful. (Admittedly, there was one dalliance with a high tech Atlantic 42 catamaran that cruised at 18 knots without spilling the martinis, but that was the nautical equivalent of the midlife crisis red sports car and blonde, well, blonde.)

IDA is the sailboat we have stored away at home. She’s for sale. Interested?

Most people’s autonomic reaction to hearing of a wood boat is to mutter a knowing “wood, that’s an awful lot of work.” OK, if you are energetic enough to build a wood boat from scratch, yes, that’s an awful lot of work, but so is building a television set from scratch, just owning one isn’t much heavy lifting. Maintaining a well-maintained wooden boat isn’t all that much more effort than doing the same for a fancy fiberglass boat. Not all that much, just a tad. Maybe two tads.

OK. IF YOU REALLY DON’T MUCH CARE ABOUT BOAT MAINTENANCE DECISIONS GO AHEAD AND SKIP THIS PART. WON’T HURT OUR FEELINGS.

An 87-year-old iron boat, on the other hand, “that’s an awful lot of work.” For barge cognoscenti (there are a few of you out there; we wave when we pass each other, giving the secret sign, showing the grease under our fingernails, displaying the distracted look that only we recognize as keeping an ear cocked for the sound of something mechanical moaning its last and passing on to gear nirvana), barge cognoscenti know there are two kinds of old barges: old old barges and new old barges (which is sort of like the waiter who explained to us that the French are so fond of saying no that “no no” means no, while “no oui” means yes, but most people say “no no no” to prevent any misunderstanding.) Old old barges are like Hoop Doet Leven, built a long time ago. New old barges are politely (by people who own them) called “replica barges.” People who don’t own them have less polite terms, but folks who own the real thing of most anything, from fancy wristwatches to fur coats to well-endowed breasts, look down their noses at owners of “replicas.”

There are several replica barges moored near us for the winter. They shine. Look pretty damn good, in fact. Show no rust. Need no paint. Hoop Doet Leven, on the other hand, while charming to the extreme, waits for us to doze off then tickles the rust fairies awake every night. They scurry under the paint turning bright iron into red flakes. We just bought a high pressure water sprayer at the Bricomarche, the French Home Depot. First time we cleaned the decks with it flakes of loose paint went flying all over, glory hallelujah free at least from adhesion to the boat. And, there may be a spot or two on the hull where a stone lock or wall leapt in our path and scraped some paint. Or banged a dent. We have some painting to do.

The result is that our Rites of Spring have transmogrified from spreading the compost piles on the garden, pruning trees, raking flower beds and surrounding the warm AGA cooker in the kitchen with boxes of starter seedlings to actions far more nautical.

After what seemed like a hundred hours of agonizing over paint web sites, online boat paint forums and, of course, the Dutch Barge Association’s voluminous postings about a hundred member’s detailed dissertations on painting old iron boats, this week we placed our online paint order. Delivery awaits. We wait, stockpiling vats of acids that are predicted to magically convert red rust into something black and firm that is not-rust, with undercoats and overcoats and never-slip coats, and used pizza boxes to protect the docks from spilled paint, lest the marina ownership fine us.

Our paint decisions were more arduous than picking a name for your first born child. Lots of choices.

Some people say if its a boat, you absolutely must use boat paint. Sure it costs so much more than real paint, but there are pictures of boats on the can, that’s why it costs so much. For our wood sailboats, we only used boat paint (except for the one winter we hired an old New Hampshire wooden boat builder to do some work and the boat’s topsides bore an impressive color match to the side of his recently-painted house). Little cans of boat paint were left onboard when we bought the barge. 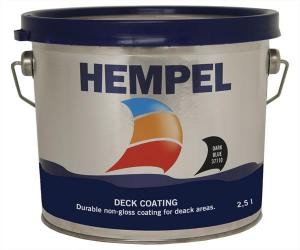 You can tell its boat paint by the boatie pictures on the can.

Other people say to use ordinary house paint. It is certainly less expensive. Forget “less expensive.” It is cheap. Gallons of house paint cost less than quarts of boat paint. And its easier to buy. One downside to boating in the middle of the country, far from the oceans, is that there are almost no marine chandleries in regions in which there is almost nothing marine. House paint is sold everywhere there are houses, which is – almost – everywhere. And our barge is, we’ll reluctantly admit, as much like a floating house as it is like a boat. Think of it as a house with an exceptionally leaky basement and you’ve got the painting picture. That’s one viewpoint at least.

Splitting the difference between the boat paint afficianadi and the house paint advocates are those with a middle view, barge people who proselytize for exotic coatings: barn paints and aircraft paints and factory floor paints, oil storage tank coatings, fish oil, or just leaving the metal bare, dammit. This stuff – except leaving it bare dammit – tends to be pricey, too, but it is supposed to outlast the boat. Apparently, when Hoop Doet Leven reaches its bicentennial, all that would be left would be fifty liters of carbon fiber-based coating material in the shape of a 21 meter barge.

We thought about this paint decision. By “thought about this” we mean we “fought about this.” Yes, one sign of how deeply we have sunk into this whole living-on-a-boat lifestyle is that we actually had an argument, shouting, calling each other names, stomping away (although not too far away since we live confined to this box), all about what kind of paint we should buy. Sick. Tragic. Comical.

In the end, we made up and, just as with the decision to neither circumnavigate the globe nor settle into Notting Hill, we compromised. It turns out there is a paint used in Britain to paint lighthouses. Sandtex, its called. Picture of a cute lighthouse on the can. Lighthouses don’t sit on top of the water but are pretty close to it, by definition. They get blasted by storms. Shined on by sunlight. Splashed. A lot like boats do. Plus, this lighthouse paint is pretty cheap, at least compared with boat paint, or aircraft paint. And there is a company located west of London (with the hobbit-like address of The Clock House Station Approach,  Marlow, Bucks) that will deliver the paint to France, something most British paint dealers shy from.

Lighthouse paint. See the picture on the label.

Our plan is to paint the decks with a not-slippery type of Sandtex masonry paint and the outside of the cabins with shiny lighthouse paint. As a further compromise, the outside of the hull, the part actually touching water, will get real boat paint. Just one of our many nautical decisions.

Spring is definitely coming. Birds are louder and earlier. Soon, we’re told, the cuckoos will arrive. And with the arrival of the cuckoos we’ll begin derusting, undercoating, overcoating and lighthouse painting, our new Spring ritual, one slightly less odorous than spreading compost, but, more importantly, a task that when completed will set us adrift for cruising deeper into Burgundy and then down the Loire Valley searching for vineyards, chateaus and more of France.

10 thoughts on “Living on a barge”