OK. Can’t resist. Against better judgment and in the certain knowledge that some people will be offended, here is a view of the U.S. elections as seen from a distance and through a couple of rather narrow lenses. Sandra reads La Monde, a slightly left-leaning Paris newspaper, online every morning. Harvey absorbs the New York Times on his iPad. The barge is entirely Fox free. Our main source of up-to-the-instant news, as with most everybody else in France, is from the large posters displayed on the sidewalk in front of neighborhood tabacs, the ubiquitous news/cigarette/candy/gossip stores that alternate with dog grooming salons, driving schools and hairdressers for French sidewalk commerce. Newspapers distribute these posters with each edition. The sidewalk in front of the tabac is blockaded with posters shouting the most important events of the day in lurid capital letters. It was from a poster in front of a tabac that we learned, for example, that Celine Dion was expecting Prince William’s love child, that Carla Bruni was “liberated” from Nicholas Sarkozy when he lost the election, and that Michelle Obama had the best arms in America.

So that brings us to the French perspective on the American presidential race. This tabac poster, which we saw a few days ago, sums it up concisely:

Mitt phone home – yes, that word “extraterrestre,” means what you think it does, as in ET phone home. This raises the issue of illegal aliens to a new level.

American politics are a puzzle here. To some French, America seems to be as dominated as is Iran by medieval-thinking religious zealots. They read that a majority of Americans believe in neither global warming nor evolution. They ask, in all seriousness, if Americans really think their president is a Muslim. French newspapers report each mass shooting as if Wyatt Earp is still hunting down Billy the Kid and the Younger Gang in downtown Denver, as if Dirty Harry, NYPD, 24, CSI, and probably Dragnet and the Mod Squad accurately represent everyday life in America. After all, France is a country in which we can go for an entire week without hearing anybody, man, woman, child or even dog, raise their voice. They simply cannot fathom reading about Americans demanding, and receiving, the right to carry concealed automatics to university classes, in handbags, in their cars. The closest we’ve come to being the victims of crime was the other night when three young men, who’d obviously had a tad too much Bordeaux, climbed onto the boat at 3:00 a.m. and took cellphone photos of each other. The concept of a Sunday promenade through Dijon packing a .38 revolver is simply, well, simply foreign. The French were incensed about losing the right to have cigarettes in bars, but they easily understand that perhaps Pernod and pistols are not a safe mixture.

America looms large here. Just as Hagen Daz is merely a concocted pseudo-Danish-sounding phrase, just as IKEA seems to name its products by pulling letters blindly from a Swedish Scrabble board, young men and women here wear tee shirts posted with a hodge podge of American-sounding words, grafted together in combinations that are as incomprehensible to Americans as they are sophisticated to the French. “Official CIA Athletic Department,” declared one shirt in Besancon. “NYPD Staff,” said a sweatshirt in Dole. Franklin & Marshall College, a relatively obscure Pennsylvania school, appears to have sold, or had stolen, its marketing rights. “Franklin & Marshall” tee shirts, sweat shirts, backpacks, are a hundred times more common that any American college anybody has heard of. Even American city names are sprinkled at random for equally random purposes. As acts of loyalty to our City on the Hill, we’ve ordered a few “Boston pizzas” and received totally inconsistent varieties that bear not the slightest relation to anything Massachusettsian: pineapple, jambon (smoked ham slices) and creme fraiche, even escargot.

So, grafted on top of this skewed conception of America as a melange of religious nuts who don’t believe dinosaurs ever existed, gun-packing grandmothers, mass murderers blazing away on a daily basis, hot cars and sunny beaches, all protected by CIA agents stalking Islamic suicide bombers and special forces teams helicoptering onto rooftops, the French also receive their own myopic view of the American presidential election. At a time the United States, Europe and the world are on financial pins and needles, when worldwide unemployment is at a crisis, when entire nations threaten to go bankrupt, the French don’t comprehend why American voters, yet again, are obsessed with abortion, gay marriage, guns. The two candidates themselves are a mystery. How did a country viewed as controlled by arch-conservative born again evangelical zealots – probably racists or the offspring of racists – end up with a black man running against a Mormon? And who is this Romney, they wonder. Remember, Romney’s experience with France, the only experience of which the French are aware, was the 30 months he spent here trying to convert them to an obscure American cult with what can be viewed as truly bizarre beliefs about American Indians being the lost tribes of Israel.

We went through a French presidential election a few months ago. It was hotly contested. Third-, fourth- and tenth-party candidates were far more a part of the process than in the States.

The French tolerate, perhaps even expect, some odd conduct by their politicians – mistresses, out-of-wedlock children, even somewhat fluid relations with the Germans – but kookiness is not a favored characteristic. 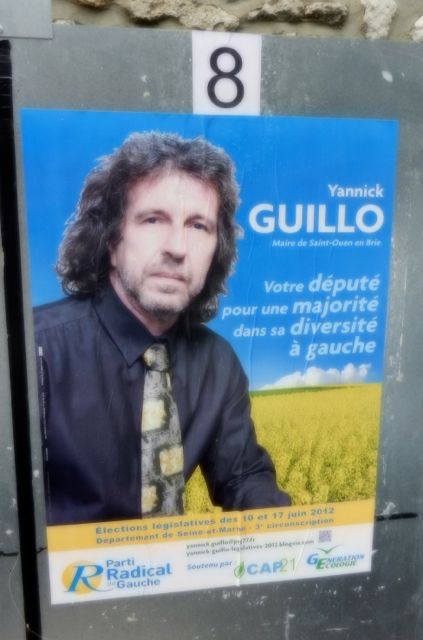 Radical chic – even the candidate of the radical left is hip and sophisticated, someone to share a pastis with.

On the other hand, Francois Hollande won the recent presidential election here portraying himself as President Normal. 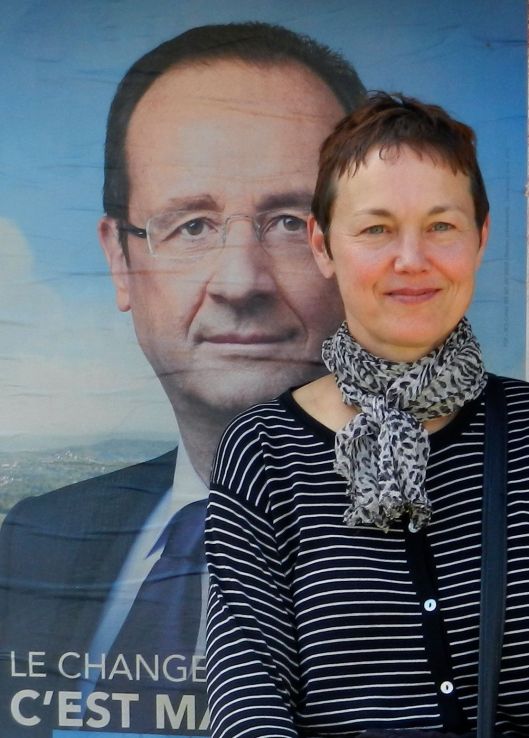 But there are limits to how far the French would go. A presidential candidate descended from a polygamous cult that believes an angel revealed hidden golden tablets under a New York hill, just two years after the death of Napoleon, has no place on the spectrum of acceptable French politicians.

Perhaps, though, this is more a weakness of the French than a peculiarity of the United States. Despite the gunplay (more Americans were shot in Los Angeles last year than in Afghanistan), despite the broad American distrust of science, the rejection, to be blunt, of reality, isn’t it something to be proud of that little more than a hundred years ago, neither candidate could have even been conceived of as anything more than a bizarre aberration as a presidential candidate. This is a strength of America, and, perhaps, a limitation on the breadth of French politics.

Viewed in this light, the newspaper description of Romney as an “extraterrestrial” is understandable. Obama, on the other hand, is just what the French want in a politician. First, he has a beautiful wife. Second, he is exotic, but not too much. He is smart, sophisticated and, of course, well educated. He could be French, almost.

France is Obama, not Romney. Bill Clinton, not W. Bush. Apple, not Microsoft or IBM. And for some reason, McDonalds, not Burger King. The normal reaction when somebody spots our U.S. flag flying from the barge’s stern is a shout of “America. Obama,” followed by a thumbs up. There is no question but that a Romney election will be viewed as W. Bush, Part Deux.

That’s our take on the French perspective. And what about us, how does the election at home look from across the ocean, away from political ads, from news overload, from instant feedback and daily polls? The election looks odd, silly if it were not so serious. The Presidential Debate is “won” and “lost” based on how tough or mild a candidate comes across, regardless of what was said or not said. Facts, or at least assertions of facts, blow about like falling leaves in a strong wind, disconnected from reality. Newspaper reporting after the debate consists of listings of lies the candidates spewed without challenge. We read that a majority of Ohio Republicans believe Bin Laden was killed by Romney while most Florida Republicans think Obama is a Muslim. This election is nothing to be proud of.

Especially  if it is won by an extraterrestrial.

8 thoughts on “Politics … from a distant perspective”